As a Knights of Columbus agent, my commitment is to help you secure a Life of Dignity and Create a Guaranteed Legacy of Love for yourself and your family. Equally as important is to be there in difficult times. This is my promise to you – to be that strong shoulder when needed the most. Thank you for allowing me to serve you.

Mark has been providing stability and reliability to his clients since 2002 to help them live their lives with confidence, give them peace of mind, and enable them to realize their dreams for their loved ones and their legacy.

Mark has a passion for education and is committed to gaining new knowledge through various groups and associations.

Mark can provide you with a FREE Financial Check Up to determine a financial plan based on your goals and financial situation.

Mark has received awards in recognition of his excellent work.

MARK HAS YOU COVEREDInsurance Services 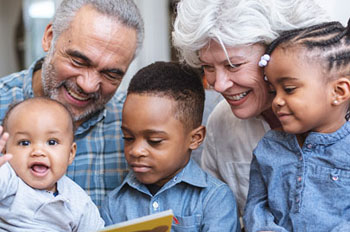 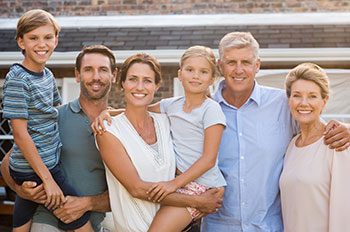 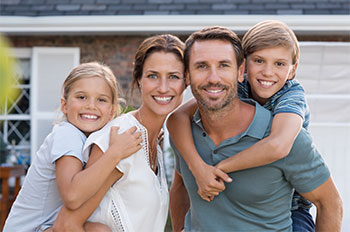 Term life insurance is a simple and straightforward policy that helps provide protection for temporary needs. It's ideal for anyone, especially those with time-sensitive financial obligations.
LEARN MORE 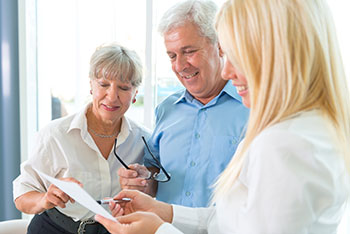 A retirement annuity is an important part of any retirement plan. It provides you with the income needed when you are no longer receiving a regular paycheck.
LEARN MORE

Long term care insurance focuses around covering you for long term services and support. It can help you cover the expense of both at-home care and care in a medical treatment facility.
LEARN MORE 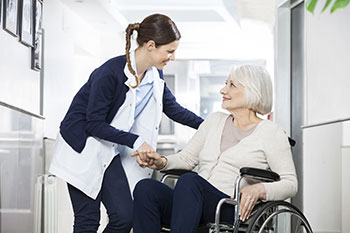 Disability income insurance can help provide you with income in the event of a disability or illness that hinders your ability to work. Disability insurance should be a vital part of every family's planning.
LEARN MORE 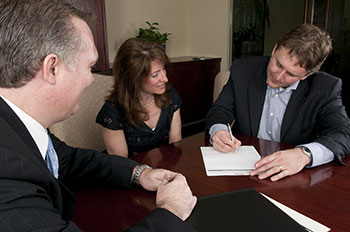 Mark is committed to providing his fellow Knights and their families with the protection they deserve. As a family man himself, Mark understands the importance of keeping your loved ones financially secure in any situation. Mark also spreads a legacy of love with his involvement in his community and through his support of charitable organizations. He enjoys what he does, and is dedicated to helping brother Knights create a secure life for them and their family’s future. Learn More

Years in the Knights of Columbus

Time Member of the Million Dollar Round Table

Years as a Field Agent

FOUNDED BY A PRIEST TO PROTECT CATHOLIC FAMILIES 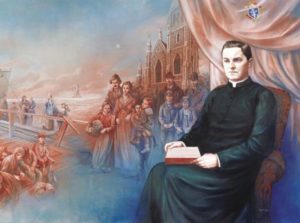 The Knights of Columbus insurance story begins in the winter of 1882 in the basement of St. Mary’s Church in New Haven, Conn. It was there that our Venerable founder, Father Michael J. McGivney, gathered the men of his parish together to create a solution to a recurring problem. Many Catholics — most of whom were immigrants — were working and living in unfavorable conditions. And many, tragically, were dying young, leaving behind widows and orphans with insufficient financial resources.

It was a cold reality that had confronted Father McGivney all too often — not only in the lives of his parishioners — but in his own. As a seminarian, he was forced to leave school and return home to aid his family when his father died unexpectedly.

Though this story of financial ruin for Catholic families was common, Father McGivney was convinced that there was a way to change the ending. He knew that if the Catholic men in his parish came together in mutual aid, widows and orphans could receive the support they needed. He also knew that if Catholic men banded together, united by charity and unity, they could strengthen their faith, their families, and their communities.

So, he established the Knights of Columbus, and with it, a “pass-the-hat” insurance system to protect the Catholic families in his parish. Over time, that system has evolved, and today we stay true to our founding mission through our multi-billion dollar, top-rated insurance program. Members in the United States and Canada have exclusive access to our insurance program and products, including life insurance, retirement annuities, long-term care insurance, and disability income insurance.

Our charitable giving and fraternal service have continued to grow too. Nearly 2 million men in over a dozen countries across the globe are proud to call themselves Knights. Last year alone, these men and their families donated more than $177 million to charity and performed more than 75 million hours of service.

A FORTUNE 1000 COMPANY BORN BENEATH AN ALTAR

Six numbers tell the story of Knights of Columbus strength:

In November of 2015, the Knights of Columbus surpassed $100 billion of life insurance in force.

The Knights of Columbus manages $22 billion of assets from their international headquarters in New Haven, Conn.

The Knights of Columbus manages its assets in an ethical and responsible way. The Knights does not invest in companies that deal in: abortions, contraception, human cloning, embryonic stem cell research, for-profit health care that pays for any of the aforementioned, and pornography.

In 2015 alone, the Knights of Columbus distributed $875 million to members and their beneficiaries in benefits, claims, maturities, annuities and dividends.

Despite a rough economic climate, the Knights of Columbus has experienced 17 consecutive years of sales growth.

I firmly believe that our moral compass has helped guide us through a turbulent decade and an uncertain economy. While other companies were making ethically questionable and unnecessarily risky decisions, we were not. While others were looking for novel ways to do business and to increase profits, we were not….We stayed true to our principles and knew that if we did the right thing for the right reasons, we would get the results that we wanted — and we have.

For 45 consecutive years, the Knights of Columbus has earned the highest possible rating for financial strength, currently: A+ from ratings agency A.M. Best.

“Through conservative management, active fraternalism, and high-quality insurance products, the fraternal society has grown to a multi-billion dollar international insurance organization,” A.M. Best said of the Knights of Columbus.

“Historically,” A.M. Best’s report continued, “the order’s continued statutory gains from operations after dividends coupled with realized investment gains has enabled the order to build its adjusted unassigned funds in excess of needs to an exceptional level of risk-adjusted capitalization.”

*Ranked according to assets by Best’s Statistical Study

The Knights of Columbus is committed to being a Catholic company that upholds Catholic values and supports Catholic causes.

The Knights of Columbus adheres to a strict investment screening protocol developed in part with the United States Conference of Catholic Bishops. The Knights of Columbus does not invest in companies that deal in lines of business that involve: abortions and abortifacients, embryonic stem cell research, human cloning, contraception, for-profit health care that pays for any of the aforementioned, and pornography.

The Knights also gives generously to the Church through various programs such as the Refund Support Vocations Program (RSVP). Since 1981, RSVP has provided more than $67 million in scholarships to more than 110,000 men and women pursuing religious vocations. The Knights supports the Vatican and the Holy Father as well, helping to restore the façade of St. Peter’s Basilica which was completed in 1999 for the millennial Jubilee. The Knights also purchased satellite equipment to help broadcast the pope’s messages and Masses throughout the world, in addition to giving an annual donation to Pope Francis’ personal charity with proceeds from the K of C’s Vicarius Christi fund.

Knights have led major charitable initiatives including Coats for Kids, the Ultrasound Initiative, and Christians at Risk, and have also sponsored events and programs with organizations such as Special Olympics and the Global Wheelchair Mission.

“The insurance program is a powerful financial engine that supports much of the good works we do,” said Knights of Columbus Supreme Knight Carl Anderson. “Through the insurance program, we are blessed with the opportunity to give generously and support numerous charitable and spiritual causes, building up society and the Church.”

“Of course, this is closely tied to our Catholic identity and the fact that charity is our first principle,” he continued. “We are called to be ‘our brother’s keeper,’ and to look after the physical and spiritual well-being of those around us. But the fact is that without the insurance program, much of what we do….would simply not be possible.”

For four consecutive years, the Knights of Columbus has been designated a “World’s Most Ethical Company” by the Ethisphere Institute, and is one of only a handful of companies in the insurance industry to have earned the honor.

The “World’s Most Ethical Company” evaluation is a comprehensive assessment of all aspects of a business’ operation, including its corporate citizenship and responsibility, its culture of ethics, its governance, and its leadership, innovation, and reputation.

As an Agent of the Knights of Columbus, Mark Deaton offers a complete portfolio of top-quality products to our members and their eligible family members.

Watch these videos to better understand the reasons life insurance is so important for you and your family.

Don't Forget to Insure the Stay at Home Mom

The Importance of Long-Term Care Insurance

A Legacy of Love

GET UP TO DATELatest Update From News 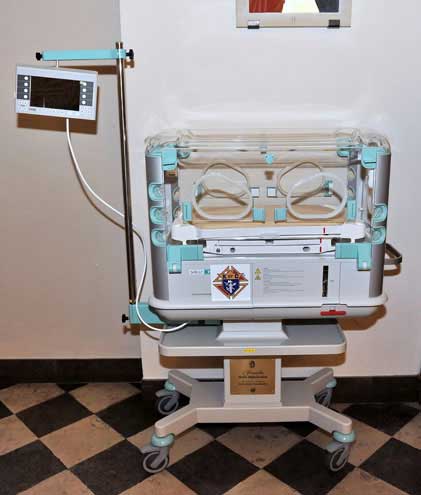 SAVING LIVES IS INSPIRATION FOR EVERYONE

January 14, 2018Mark Deaton
KNIGHTS IN POLAND DONATE AN INCUBATOR TO A LOCAL HOSPITAL IN HONOR OF THE YEAR OF MERCY On Nov. 16, in Skarżysko-Kamienna, Poland, Knights from
Read More 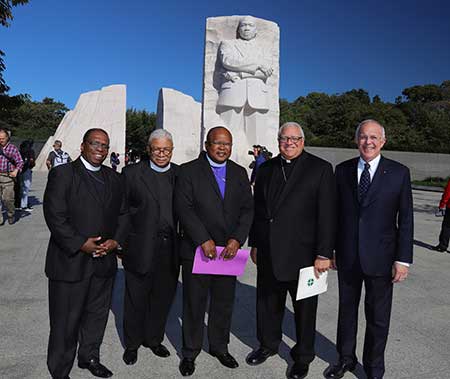 THE ETHICS OF LOVE 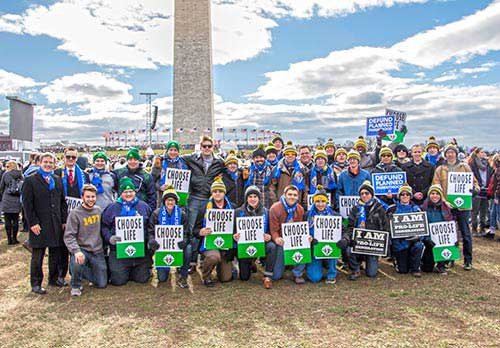 SEVEN HELPFUL TIPS FOR THE MARCH FOR LIFE

January 10, 2018Mark Deaton
This year we ask every single Knight living in the United States to attend the annual March for Life in Washington, D.C. — or a local pro-life
Read More